In January we've introduced the plan of building the whole binary repository of postmarketOS on sourcehut builds. This month we flicked the switch and turned the system into production mode: we have successfully built all 1189 packages (divide that by five architectures). It is rolled out as default mirror in our swiss army knife of postmarketOS installation and development that is pmbootstrap. 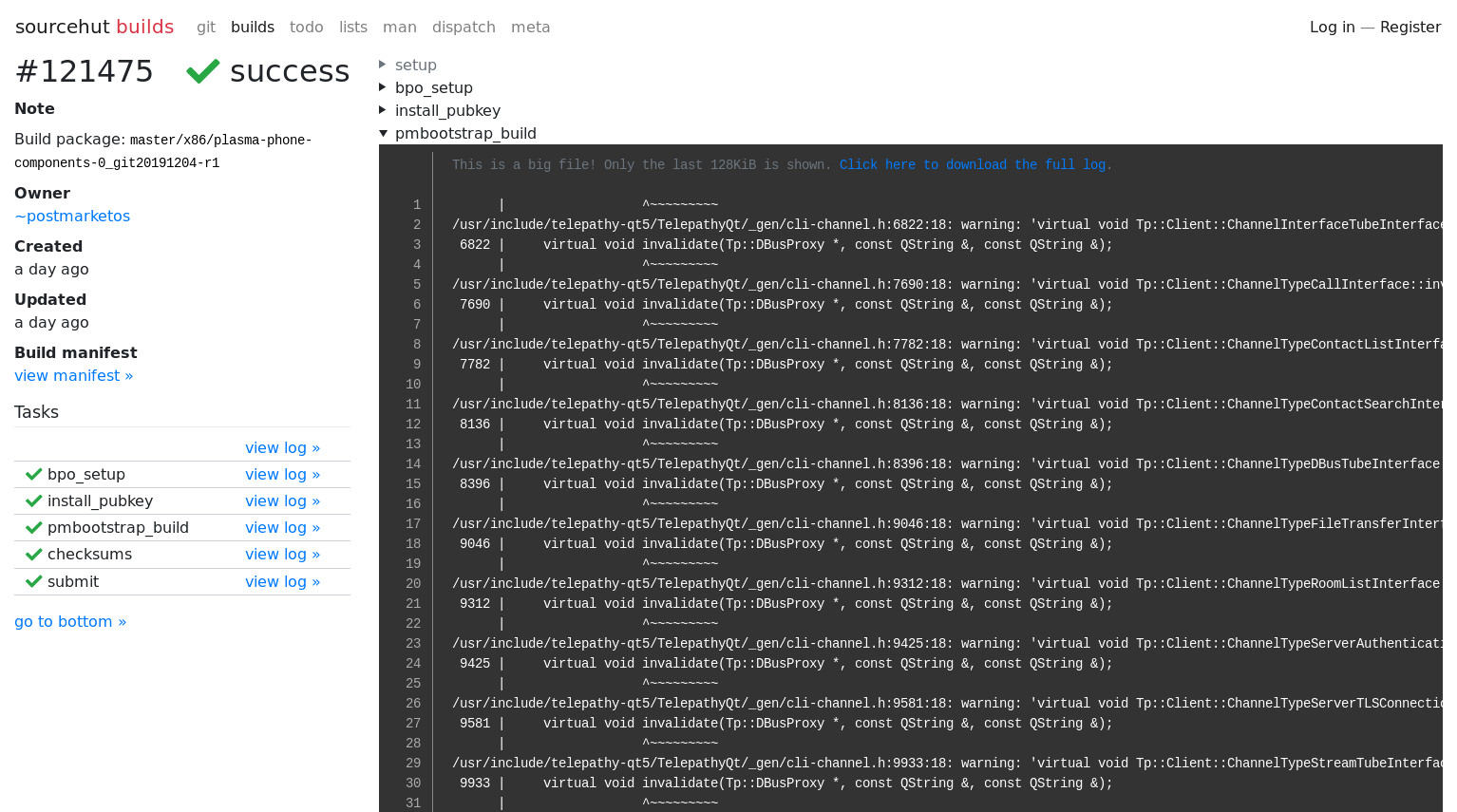 In the first screenshot, you can see what a typical build job looks like. The package that is building is noted on the left. Console output is neatly divided into tasks, to make it easy to spot where a failure happened. So far sourcehut builds works as it should, and it does not get in the way. But if we should hit a bug that we can't reproduce elsewhere, we can SSH into the failed build and look around.

Development effort from our end went into build.postmarketos.org (in short BPO). This is the name of both the website seen in the second screenshot, as well as the source code for the program that generates the website. Besides that, it manages the jobs that run on sourcehut builds.

BPO has 91% test coverage. A rather unusual design decision is that the website is generated as static HTML page whenever there is a change. It is not generated on demand when requested via HTTP. This seems highly appropriate though, as the content at most changes a few times per second.

We have come a long way from initially having no binary repository and expecting all developers to build everything from source at the project's public launch in May of 2017. During the following months we had an inofficial repository of binary packages for Plasma Mobile packages on postmarketOS at one point. Until we got the first official binary repository at the end of 2017. But that one had to be manually triggered and the build logs where not available online.

Now it's completely automated and transparent, and multiple developers of the core team are able to fix things if they go south. Therefore we allow more people to merge incoming patches, and it is already apparent that this has resulted in increased productivity.

Last but not least, the new building infrastructure lays out the groundwork for creating a new release channel of postmarketOS that will be based on the stable release of Alpine. If you want to sneak a peek at how this will be done and what else is planned for the new year, take a look at the project direction 2020 meta issue.