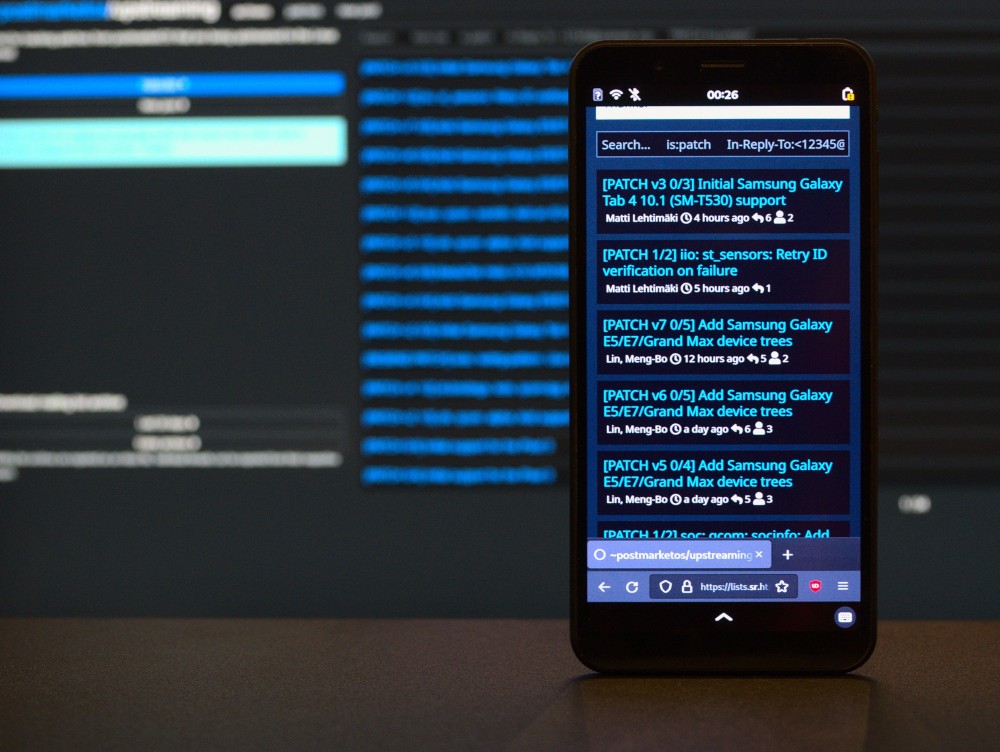 After gitlab.com's recent changes to the free tier, we have been seriously reconsidering if gitlab.com is still the best development platform for postmarketOS. It was not at all an easy question to answer for us, given how much we depend on a place for our code, issues and CI. To reflect this rather long thought process we already had, we decided to publish this short blog post with the most important thoughts we currently arrived at together with a 41 minute discussion on the podcast where we go into a lot more detail.

UPDATE 2022-07-27: we added a FAQ at the bottom, please read it before asking questions elsewhere. At the bottom you'll also find a link to the GitLab issue where we hope to discuss any feedback or concerns.

Selfhosting is too much effort

It's important to us that the software we use could be selfhosted. But there's a lot of maintenance effort that comes with running a selfhosted instance of pretty much any code hosting or CI infrastructure related software: making sure it is constantly available, has no unpatched vulnerabilities, doesn't run into performance problems etc. All the time we would spend on that is time we can't spend actually hacking on phones. We would very much like to avoid that.

So platforms where we would need to selfhost either the whole code forge or CI for it are out of the picture. As you can guess from the title, SourceHut is the prime candidate right now and there we could just use the official instance at sr.ht for everything, including CI. In fact, we have been using the CI component already since end of 2019 to build all packages and images.

SourceHut is a great match for the postmarketOS principles:

The most controversial point about this move would be the patch workflow. In 2022, many developers are now used to the merge request / pull request submit and review workflow via web UI. On SourceHut, developers are supposed to send patches via git send-email.

While there are good reasons for this approach, after many long discussions we realized that if we just switched over one day and required everybody to use git send-email, we would probably drive away many of the great contributors that made postmarketOS what it is today.

But we can have the best of both worlds. The workflow of pushing your code to your own repository on SourceHut and then creating the patch mail like a MR/PR with a few clicks in the web UI is already implemented. Right now the review process is only possible via mail, but compositing code reviews on the web is planned as well (lists.sr.ht#111). We talked to Drew DeVault (the main developer of SourceHut) and he told us that having the whole review process in the web UI available is one of the top priorities for SourceHut.

With all that in mind, we wrote the following tentative rollout plan. Note that we only move pmbootstrap.git, not even the pmbootstrap issues, and no other repository, starting from some time in August until December of 2022. Most people are contributing to pmaports.git, so they won't be affected by this change, but it will give us as maintainers a good chance to practice the email based workflow with one of the most important postmarketOS git repositories.

Afterwards, in January of 2023 there's a chance to roll back if this experiment failed. If it went well, we would move pmbootstrap issues and once the web UI based patch review workflow is implemented, we would move pmaports.git and everything else over as well.

What do you think?

If you have contributed to postmarketOS in the past, we are really curious about what you think about all of the above. Do you like the idea? Did we miss something? What are your hopes and concerns? We would be happy to read your feedback in postmarketos#49.

As mentioned above at the end of the patch workflow section and in more detail in Clayton's take in the podcast:

We explored using Gitea or Codeberg, and eventually concluded that compared to SourceHut the only benefit it would offer is the GitHub/Lab style contributor workflow. This didn't seem like a compelling enough reason to pursue it.

Gitea doesn't have its own CI and thus would require us to use an external service — like SourceHut CI. Codeberg's integrated CI is in a closed testing phase and may break at any time (see here) whereas we have been using SourceHut CI since end of 2019 for building packages and images already and found it to be highly reliable.

Considering SourceHut's pledge to make contributing possible without email, and the other bonuses of working with them directly, Gitea becomes a hard sell in comparison.

We are definitely in a unique position given we already use SourceHut's infrastructure — this isn't meant to be a competition between forges.

What about a GitLab instance hosted elsewhere?

GitLab's Open-core licensing model doesn't align as well with the postmarketOS principles as a fully libre service. It was a big improvement over the entirely proprietary GitHub which we used before, but now that we are already considering to switch platforms again, we might as well try to use something that is again much closer aligned to our own values.

As mentioned, SourceHut carries a lot of other benefits such as the potential to drastically improve productivity for both maintainers and contributors, which we would not get by using another GitLab instance.