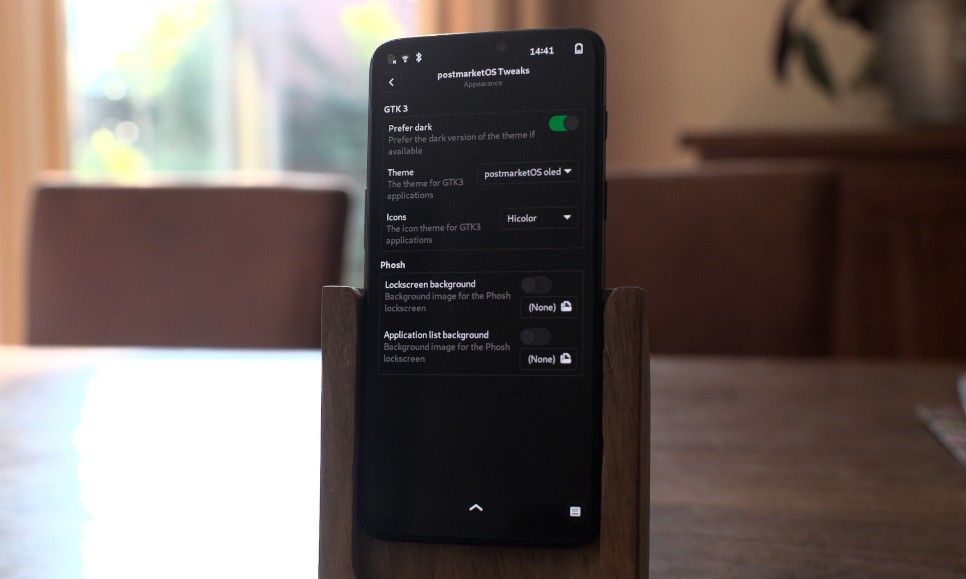 New month, new service pack! As always, new features and fixes have been backported from postmarketOS edge to the stable version after tough testing by our tough community members on edge.

This release backports the calling stack from edge. The new release of ModemManager brings a lot of improvements for the devices supported in community and will help a lot with the stability of the modem when the PinePhone awakes from deep sleep. This release also adds support for the modem in Qualcomm Snapdragon 845 devices. The full calling functionality on those devices is not working yet but it means that at least mobile data and SMS is usable.

This release also includes the new postmarketOS theme as an optional package. This currently contains a GTK 3 and GTK 4 theme which is based on Adwaita but replaces the standard blue highlights in the theme with postmarketOS green. There's also the oled and paper variant of the theme that are completely black and completely white. This will mainly look great on oled displays, as the name suggests. It's possible to try this on your own device now by installing the postmarketos-theme package and selecting one of the four themes in postmarketOS tweaks.

postmarketOS tweaks also has a new release in stable now that contains a series of fixes from community members. One of the most visible changes is the new sound panel that allows changing the GTK sound theme but also allows making a custom theme by manually specifying the audio files for every event. Another change is the notch tweaks for Phosh that build on top of the CSS improvements of the last update. This allows moving Phosh UI elements over to make them not appear under the notch of modern smartphones.

Find the most recent images at our download page. Existing users of the v21.06 release will receive this service pack automatically on their next system update.